Survival is a DLC in Uncharted 4. It is a wave-based mode where you and up to two additional friends can take on swarms of increasingly powerful enemies and unique objectives. The mode will feature new enemy types and powerful new bosses as well as a dedicated progression system and upgradeable loadout. 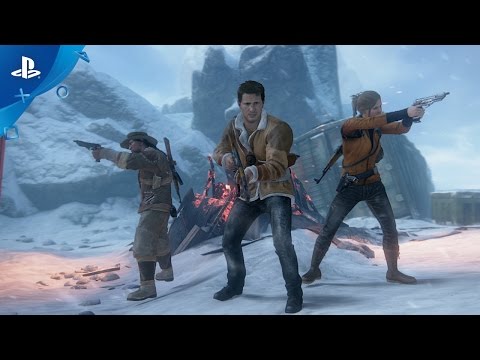 You will have to survive 50 waves across 10 maps, you'll face off against Shoreline mercenaries, heavily armored Brutes, Snipers, Hunters, all who will increase in difficulty as you progress. Every 10 waves culminates in a signature boss battle.

As you approach wave 50, you'll have rotating objectives like defending a particular area, collecting treasures within a time limit, or taking out marked enemies as well as random active modifiers like some that make it so only pistols, headshots, or melee attacks do damage to enemies. As you take out enemies and complete objectives, you'll earn in-game cash, which can be used to unlock and equip weapons and gear via arsenal crates around the map. Survival has its own progression system, challenges, and loadouts. As you rank up, you'll earn upgrades for your weapons, as well as new items and boosters. You can also unlock some vanity items for your multiplayer characters. Difficulty enthusiasts will appreciate the game gets harder as you go and beating the mode on Hard will unlock a Crushing difficulty.